For the very first time we have beautiful John Muir Way pin badges available for sale in John Muir’s Birthplace. If you are looking for a momento of your journey along the Way or even just something to remind you of your visit to Dunbar, at only £3 each these are irresistible. To find out more about walking the John Muir Way, please see John Muir Way or visit http://johnmuirway.org/.

We had a lovely visit on 2 August from a Guide Dogs for the Blind group undertaking the John Muir Award with the NTS Rangers at Newhailes. The group had a lovely morning exploring the Birthplace and enjoyed discovering our collection of handling objects to bring the story to life for them. Guide Dogs Woody and Royal enjoyed the well deserved attention from Museum Staff.

For more information on the John Muir Award, open to groups or individuals, visit the John Muir Award Website. If you would like to find out more about group visits to John Muir’s Birthplace look at our Group Visit Section, or call 01368 865899. 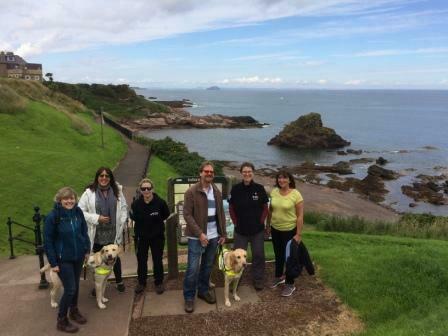 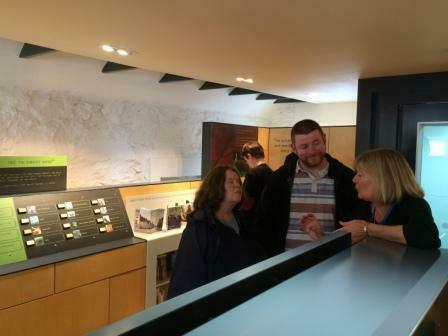 Dunbar Coastal Rowing Club has become the first to complete the John Muir Way by boat.

Over 20 local rowers took part in the challenge which mirrored the 134 miles of the John Muir Way stretching from Helensburgh to Dunbar.

The intrepid adventurers set out on the water at Helensburgh on 17 July and became the first Scottish coastal rowing team to tackle the coast-to-coast route which commemorates the journey of world-renowned conservationist, John Muir.

The team left Helensburgh and rowed up the Clyde shipping lane, into the Forth-Clyde Canal (40 locks, 16 bridges) past Kirkintilloch, Auchinstarry, Bonnybridge, the Falkirk Wheel, the Kelpies, into the Forth near Boness, then down the coast past South Queensferry, Post Seton, Aberlady, North Berwick and finally arrived in Dunbar.

The adventurous team of 23 were aged from 14 to 76 and have clocked up many miles as a group with many having trained together for over five years.

Dunbar local and Club Secretary, Kenny Maule (66) took part in the event as well as co-ordinating the challenge with his wife, Pamela (60).

He explained the thinking behind the idea: “This summer the team were looking for a row that would offer interesting challenges combined with taking in some of Scotland’s beautiful scenery along the way.

“Someone suggested that we row around the whole of Scotland and while this sounded like a wonderful idea, logistically it would have caused a few hiccups. We soon realised that we already have an abundance of beautiful coastal scenery on our doorstep so the John Muir Way became the obvious choice.

“As Dunbar locals, we pass John Muir’s birthplace every day. His legacy is an integral part of our community’s history so it was particularly special for us to select this route.”

The John Muir Way – a flagship project of the Central Scotland Green Network – takes in castles, historic towns and villages, stunning coastal scenery as well as Scotland’s first national park, Loch Lomond and The Trossachs National Park, and has already attracted walkers, cyclists and now rowers from across the globe.

Keith Geddes, Chair of the Central Scotland Green Network Trust – which drives forward the delivery of the CSGN, said: “Three years on from the launch of the John Muir Way, I’m proud to see Dunbar Coastal Rowing Club challenging the norm and echoing the adventurous nature of John Muir himself.

“This also highlights the growing understanding in Scotland of Muir’s significance throughout the world and we look forward to many more people completing the 134 mile route whether by foot, bike or any other creative way they can think of.”

Having barely drawn breath following a very busy 3 months of school visits, we have started to take class bookings for the 2017/2018 session.  Class visits to John Muir’s Birthplace can be undertaken at any time of year and typically last around 1.5 – 2 hours, including an introduction, time to explore all 3 floors of information on John Muir and his legacy, and a feedback session at the end, where the children get the opportunity to share their learning.

Tracy Robertson, Visitor Services Officer, said ‘It has been a hectic few months, with over 1500 schoolchildren visiting John Muir’s Birthplace, usually as part of East Lothian’s John Muir Citizenship Project or as part of a John Muir Award Group.  We enjoy the children’s excitement and enthusiasm when they come to us, and no 2 groups are the same, which keeps the staff on our toes!’

Groups wanting to visit during the 2017/2018 session are advised to book early to avoid disappointment, please call 01368 865899 or email museumseast@eastlothian.gov.uk for further information.

We are delighted to have been awarded a Tripadvisor Certificate of Excellence for the 2nd year running. Jo Moulin, Museums Officer East said ‘Thank you to all our visitors who take the time to leave Tripadvisor comments following their visit. Our staff are extremely enthusiastic about John Muir and his legacy and enjoy talking to our visitors, and we appreciate this recognition.’

John Muir is looking forward to a trip back to his Birthplace thanks to St Joseph’s School in Selkirk.  The P5,6,7 class have been doing their John Muir Award. After making beards, and making a scarecrow in the form of John Muir, which they invited to a birthday party for him on 21 April, they are now planning to bring John with them on their trip to Dunbar later in June.

The children have been enjoying finding out more about John’s childhood in Dunbar and are looking forward to seeing his childhood home.

John Muir’s Birthplace, Dunbar has had a brand new media display installed which puts visitors in charge of a selection of films. The new touchscreen interactive on the first floor currently hosts:

The project has been the result of a successful partnership between the John Muir Birthplace Charitable Trust and Sheena Irving AV, and replaces a DVD showing the John Muir’s Yosemite film on a loop which broke down at the end of last year.

We are delighted with the new display which puts visitors in charge of a choice of films. We would love to hear your suggestion for future John Muir related films. 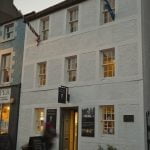 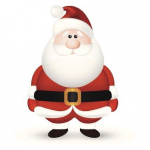 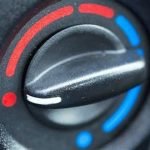 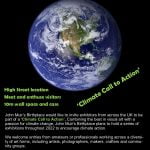