There was no carriage from the Lorne Hotel that used to be our home, so I  took the one from the St. George, which I remember well as Cossar’s Inn that I passed every day on my way to school. But I’m going to the Lorne, if for nothing else to take a look at that dormer window I climbed in my nightgown, to see what kind of an adventure it really was. 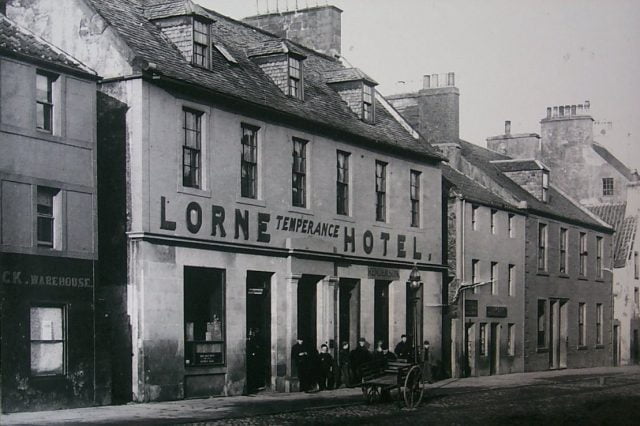