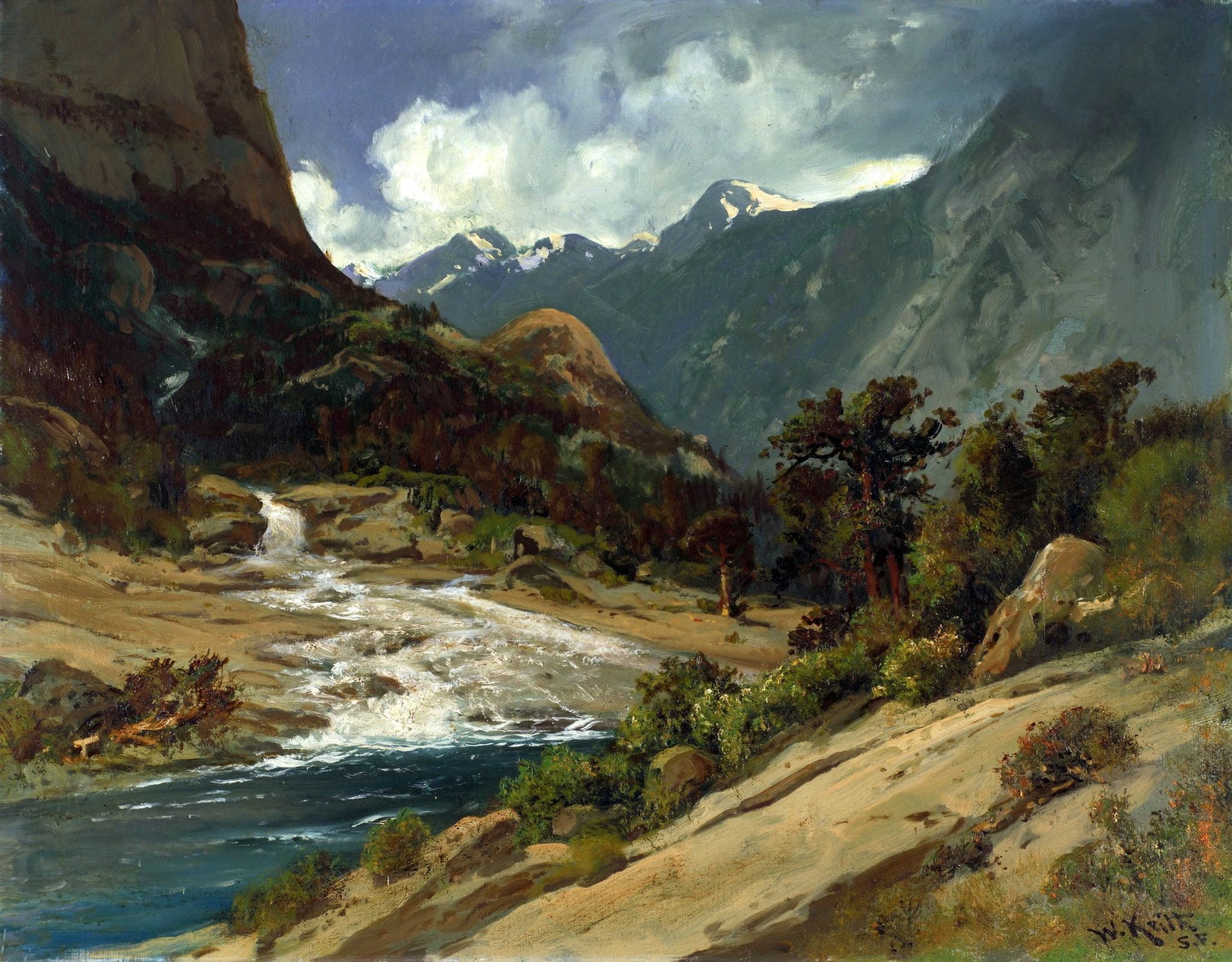 Curated by Friends of John Muir’s Birthplace, the theme of the exhibition is the life of artist William Keith and his friendship with John Muir. Entitled ‘William Keith and John Muir: Kindred Souls’, it charts Keith’s life from his birth on 21 November 1838 in Oldmeldrum, Aberdeenshire, until he and Muir first met in Yosemite Valley in October 1872.  The two instantly became friends, bound together by similar interests in, and attitudes towards, nature and of course their Scottishness. The exhibition continues to trace their togetherness until Keith’s death in Berkeley, California, on 13 April 1911.  As a measure of how close the two Scots were, John Muir was the leading pallbearer at his friend’s funeral.