(updated April 2021 by Will Collin for 40th Anniversary)

Visitors coming in to Dunbar by road learn that Dunbar is twinned with Martinez, California, and Lignières in France. The Californian connection predates that with Lignières by 13 years for Dunbar and Martinez have been ‘sister cities’ since 1981.  It is one of only a few partnerships linking the United States and Scotland.  However the connection between the two, over 5,000 miles apart, goes back another hundred years.  Needless to say the association is due to links with John Muir.

John was born on 21 April 1838 at 126/8 High Street, Dunbar, where his father Daniel ran a dry goods store, a ‘Dunbar trader’. John moved to California at the age of 30 and married Louie Strentzel, the daughter of a Martinez fruit farmer, in 1880. From then until his death that town was his home base. By the time of his only return visit to Dunbar, in 1893, two sisters, a brother and their families had joined him from the Muir’s original settling place near Portage in Wisconsin.

When he went back to Martinez, John corresponded with a number of Dunbar folk and annually sent a sum of money to a cousin to be used for the poor in the town.  However his death in 1914 brought an end to these links and through time he was virtually forgotten in the town and county of his birth.

In the 1960s, a visit by a Californian couple, Muir bibliographers Bill and Maymie Kimes, led to a plaque being placed on the wall of his birthplace at 126 High Street. Then in the 1970s East Lothian’s county planning officer Frank Tindall visited California and discovered Muir for himself.  On his return, he persuaded the county to create a small museum in the house at 126/8 High Street.

It was while a dialogue regarding the setting up of that museum was being conducted between East Lothian’s council and Martinez that a twinning link between the two towns was suggested. Dunbar’s John Muir Museum was opened in 1981 and on 18 April of the same year Martinez mayor Eric Schaefer publicly proclaimed Martinez and Dunbar ‘sister cities’.

Martinez, with a population of just over 35,800 (2010 census), is the county seat of Contra Costa county which lies on the north of the San Francisco Bay Area:

Martinez is a retail centre and transportation hub.  Rail lines from San Francisco pass through Martinez before heading north to Sacramento and beyond, or south to Los Angeles – over 40 Amtrak trains use Martinez station daily.  A 4-lane freeway, California 4/John Muir Parkway, links the Bay Area to the Central Valley and beyond.

Other than ‘the county’, Martinez’s major employers are a Shell oil refinery with around 750 employees and Kaiser Permanente, the USA’s largest managed care organization, with around 720.  Many Martinez residents commute to work, particularly in Oakland and San Francisco.

Among the leisure pursuits are:

Another famous resident was Joe DiMaggio, baseball star and husband of Marilyn Monroe.  He was born on 25 Nov 1914.  His father, an Italian immigrant, was a fisherman.

In the years since 1981, connections between the towns have been fairly tenuous, although initially there were individual senior student exchanges between Dunbar Grammar School and Alhambra High School, Martinez, and a group from the Martinez Senior Citizen Center visited Dunbar in 2001.

With the re-opening of John Muir’s Birthplace in 2003, the Muir-inspired links increased.  Visitors to Martinez have included ELC’s Chief Executive Alan Blackie, Director of Education Don Ledingham, Cultural Services Manager Margaret O’Connor and Liz McLean, Head of Property Management. Among incoming visitors have been the Superintendent of the JM Historic Site, Martha Lee; Garrett Burke, designer of the California quarter; and at least two former presidents of the US’s Sierra Club which boasts a membership of 1.3 million.

Recently there has been a considerable increase.

However, the twinning is a civic link, not simply a John Muir one.  There are benefits for many areas of our two towns and surrounding districts, primarily in education, cultural exchanges and tourism. Looking at Tourism:

Comparisons between Dunbar and Martinez

As well as the similarities mentioned earlier, the two towns have 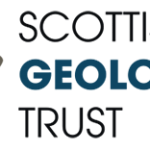 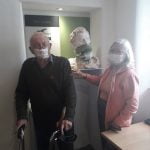 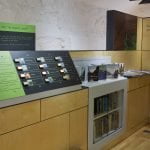 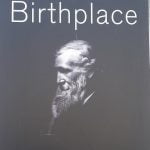